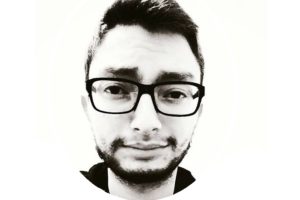 – What should be the policy and operational responses for the current crisis? How would you transform the current EU structure?

– How should EU institutes address the current political and economic crisis? Is solidarity among states and peoples possible inside the EU?

– Which direction should Europe choose: two-speed Europe, United States of Europe or an alliance of national governments?

Today, the European Union is experiencing a great crisis consisting of constant economic, political, social and security issues. Far-right movements are on the rise, the Union’s economic potential has declined significantly, a never-before-seen migration crisis has been affecting our continent, differences and divisions emerged between member states and most importantly, the security of EU citizens has come under threat. The crisis itself isa complex phenomenon which should be examined from different viewpoints to come to a resolution. To solve this crisis, political, economic, social and security actions have to be taken into consideration, both at state and EU levels.

First, the efficiency of the EU’s operational mechanism has to be increased in a way to ensure that policies created by EU institutions are properly implemented. As primary decision-making bodies of the Union, the European Parliament and the Council of the European Union have to be responsible for creating long-term and democratically accepted policies. The executive EU institutes and their actions have to be present in an equally extended, but significant size in every member state. The EU’s institutional presence in member states guarantees the maintenance of the European project. Many European citizens have disappointed in the promise of the European project as the EU – in some extent – failed to bring prosperity and growth. Their concerns are real, and in many cases, just, too. To show solidarity with EU citizens and solve the current crisis, the EU has to engage in the problems of the member states and outline long-term policies, which can be implemented into practically existing projects and not just visions. The EU policies have to meet the requirements of the European ideas, but have to recognise realities, as well. For instance, considering the migration crisis, such an outlining, but realist policy includes tackling illegal immigration and prosecuting smuggler networks, but keeping the EU an attractive destination for legal migrants and helping political refugees find safety in Europe – as the European Commission suggests.

The institutions of the European Union have to be able to operate according to unity and fast decision-making.As the 28EU member states often have different opinions about common European issues, the latter aspect is crucial, especially when it comes to solving crises.Our common European project has shown us numerous times, that solidarity among European states and peoples is not just possible, but productive, as well. Nonetheless, it’s undeniable that there are fracture lines over the European alliance.To ensure, that the European Union will be a long-lasting framework for European cooperation, the European community has to make recognitions about its values, operation and possible future. This requires setting up and managing a two-speed Europe, one, which is able to deepen the integration in specialised areas where it is definitely needed, but protects the idea of national sovereignty of the member states, as well. The policies issued by the European politicians have to be created based on long-term strategies. When it comes to creating common European policies, the efficiency of the Union depends on two factors. On the one hand, it has to increase measures and go for further European integration in areas regarding the European economy, taxation, financial markets and mechanisms, education, healthcare, energy market, security and defense.On the other hand, the integration has to operate according to the individual predicament and needs of the member states.
The idea of a two-speed Europe would create the possibility for EU countries to develop according to their own political and economic capacity. The development possibilities would be fast, flexible and more efficient.

Economy
The great division over economically more developed member states in Western and Northern Europe and less developed ones in Central, Southern and Eastern Europe can only be equated by a common European policy, which creates common tax policies, a common European minimum wage, a common European employment plan taking the member state needs into consideration and standardises the financial markets, not just in the Eurozone, but in all EU countries, as well.Common European plans are needed to encourage the setting up of SMEs, startups and maintaining already existing enterprises. However, the implementation of different EU policies have to be in correlation with recognising unique features in economic identities. Implemented and standardised to individual member state needs, the European economy would reach much faster dvevelopment.
The two-speed Europe already works in the most important policies of the EU – especially in fiscal policy. Its institutionalisation is not against European integration, furthermore, it recognises economic realities. And only an economically just Europe can increase social justice on the continent.

Energy market
In order to guarantee sustainable development, the European Union must create policies and find means with proper funding in accordance with the principles of the green economy and the circular economy. To achieve this, two steps have to be taken – lessening the EU’s energy dependence on fossil fuel imports from Russia and other countries and promote alternative energy sources. Considering the fact, that the economy and the energy market are in strong correlation with each other, paving the way for sustainable development has to be in accordance with the recognition of member state capacities, but must adapt to common European policies and aims, as well.

Education and healthcare
A common framework for education – including introducing courses like „European Union Studies”, creating a long-term youth employment plan, further deepening Erasmus-like relations and making it more available for high school and university students – would also help increasing „EU consciousness”. Most of the EU citizens are not familiar with how valuable the European Union is to them, they do not know how much the EU is doing to develop living standards and ensure the growth and well-being of its citizens. The key is to reconcile the EU with its citizens. Obviously, what really counts to EU citizens is their well-being, their ability to lead a normal way of life. Apart from education, healthcare is one of the many specialised areas where everyday functions have to be more developed. Common healthcare regulations and mechanisms – in cooperation with state and private actors at both state and EU level – would also guarantee the chance for long-term development.

Foreign policy, defense and security
The significance of the European Union as a foreign actor depends on how united the EU foreign policy is. This is an area where the possibly highest level of cooperation is needed from every member state. A common foreign policy framework would definitely increase the EU’s potential for being a significant foreign policy and global economic actor.
The same amount of cooperation has to apply for common defense and security policy. With common external action forces – including joint military forces, external border guards and intelligence services – can the European security only be ensured.
In the recent years, the European security has been seriously weakened by the threat of terrorism. After the attacks in Paris and Brussels, it can be clearly seen that the current level of security and intelligence cooperation is neither efficient nor sufficient. Increased defense and intelligence cooperation would definitely not undermine the sovereignty of EU countries. Moreover, it would ensure that unfortunate happenings like those in Paris and Brussels would not occur again in the future.

If properly implemented, the two-speed Europe would increase integration, stimulate economic growth, guarantee sustainable development and contribute to achieving social justice and proper living standards for each and every European citizen.

Later on, transforming the EU structure into a two-speed Europe maypave the way for the United States of Europe. In the current political and economic predicament of our Union, it is not possible,neither advisable to go for such a deep level of integration. Nevertheless, if the EU reaches a proper level of social development and economic standardisation, the United States of Europe may be an option for our alliance, but it has to be ensured, that the Union respects and recognises the identity and diversity of member-state patterns, traditions, politics and culture.